Tom Briers, President of the Rotary Club of Bonita Springs summed it up by saying, “This will be a fun family gathering place on the new sidewalks across from Riverside Park.”

According to Arleen Hunter, Director of Development Services for the City of Bonita Springs, “The Rotary Clock is set to be delivered in March 2016; and there will be an inauguration ceremony in April around the time of Celebrate Bonita.” 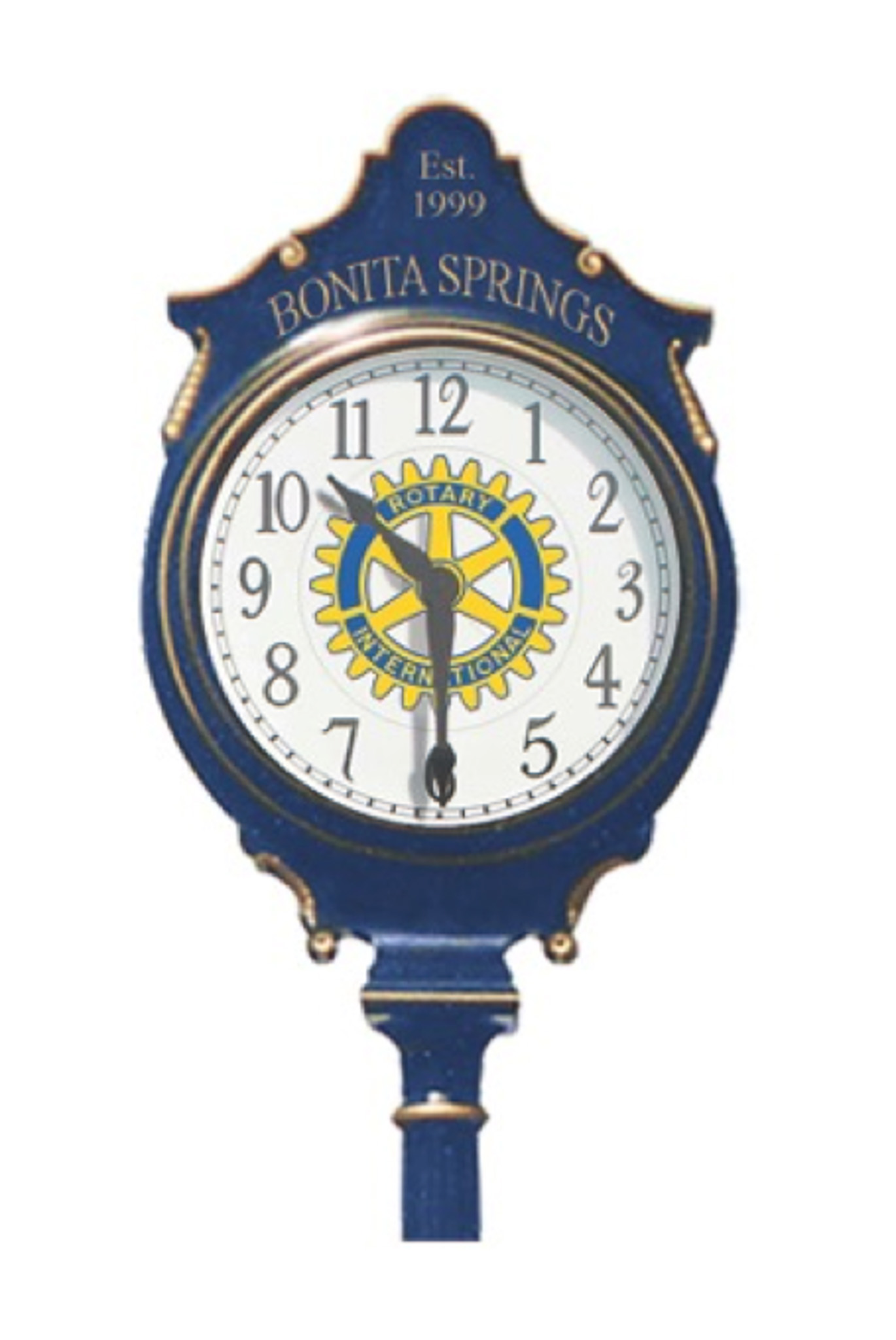 The Face of the Rotary Clock for downtown.